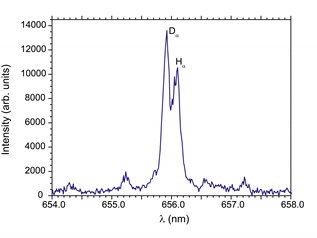 With the current focus on green and renewable energy sources, most of which capture the sun’s energy second-hand, it’s easy to overlook the global effort to build a fusion reactor that will replicate the process at the core of our Sun – i.e. energy production through fusion of atoms – to help meet mankind’s energy needs. Due to one of the largest scientific endeavors of our time, ITER is on track to build the world’s biggest fusion device in the south of France with a projected working life of more than twenty years.

However, this fusion process will indirectly lead to the build-up of thick deposits of material layers on the reactor walls and the team at ITER need to know how fast the deposits are growing, as well as their chemical composition, so that the maintenance of the reactor can be better planned and made more efficient with minimum impact on operation time. Now, an international team using the speed and resolution of Andor’s iStar ICCD camera has published a spectroscopic method that can determine non-invasively the composition of the layers, including specific beryllium containing samples, for the first time.

“Shutting down any nuclear reactor is an expensive exercise, so a non-invasive diagnostics technique that maximizes service intervals has the potential for massive savings,” says Dr Antti Hakola, senior scientist at the VTT Technical Research Centre of Finland. “Our laser-induced breakdown spectroscopy (LIBS) experiments are important as they show that the composition of the deposits as well as their thickness can be determined without taking any components out of the reactor. In addition, this is the first time that beryllium samples, which are very significant for fusion applications, have been analysed and we now know their ablation characteristics. 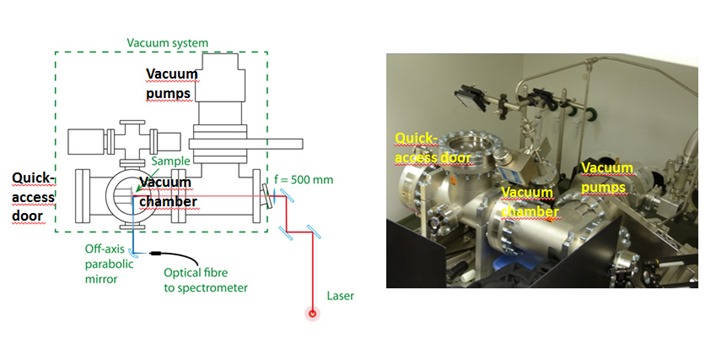 “We compared products from a number of manufacturers before choosing the Andor SR-750 spectrograph and Andor iStar 340T intensified CCD (ICCD) camera”, continues Dr Hakola. “The key for us was the very fast (nanosecond) and precise (picosecond) temporal resolution as our main criteria were to ensure fast triggering, that the width and delay of the recording gate can be flexibly changed, even to a sub-ns regime, and that the spectral resolution would be high (less than 0.05 nm). The spectrometer has proved an utterly reliable tool and the Andor software has also been helpful, particularly in obtaining kinetic series of how spectral lines evolve as the number of laser pulses increases.”

According to Antoine Varagnat, Product Specialist at Andor, “The ambition of the ITER project to prove that fusion could be a viable renewable source of energy for the future is indeed extremely exciting for the scientific community and the public. But harnessing the energy produced by the fusion of atoms is not a simple endeavor, and numerous aspects of the process have to be well understood. I am delighted that the iStar’s high-speed and ultra-sensitive resolution has allowed this international Research team to show that LIBS can be used not only as a non-invasive diagnostics technique in ITER but also in other fusion reactors being researched. This work may be lead to the development of vital tools and process in furthering the research into this technology – the ultimate green energy solution.”